I looked on the web at blog posts and Autodesk.com for the "New Features in Revit 2019".  There are some good things mentioned, but I have found some other good things that were not.  (Yes I'm a little late getting this posted)

Some very simple improvements have been made to the basic graphic user interface, that are major work flow improvements.

This will save you time trying to find something, or just save time getting from Point A to Point B.  Is this some special new technology that was invented just recently?  No, of course not.  It makes me wonder who is designing the GUI for Revit, and who they are designing it for. 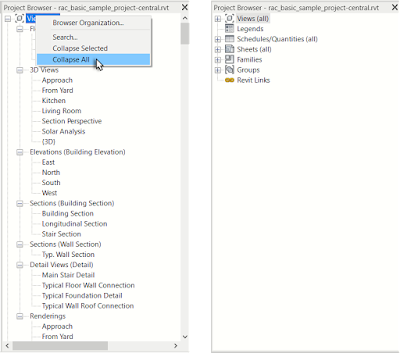 Now it's easy to dock your Properties palette, or Project Browser to the left or right side of your drawing window.  Yay! 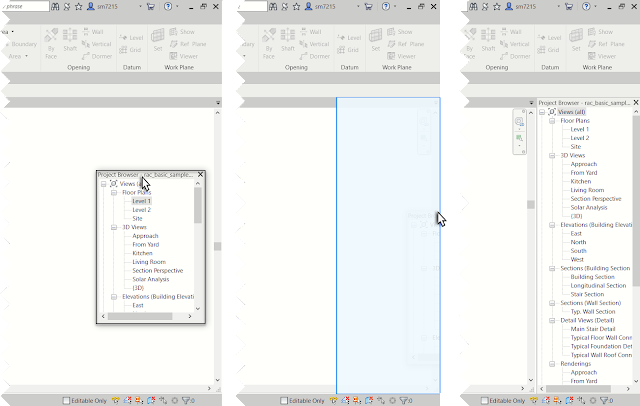 Change The Scale of an Existing Fill Pattern

Yay!  Instead of needing to delete a fill pattern and try it again at a different scale, you can just change the Import Scale factor now!  What the what?

Another amazing break-through is the option to hide future messages, that would ask you if you want like to rename corresponding levels] and views, after you rename a single view, that is the same name as a level.  Are you fricken crazy?  Why would you ever ask this question to someone who just renamed a view anyway?  How much time is this favor supposed to save you if you click on Yes?

News Flash!
Most users click on Yes without even reading the message!  Therefor you end up with Levels named like Furniture Plan - Level 2.  Which looks great in an elevation view right above Level 1, and below Demolition Plan - Level 3.  WTF Revit, do you not understand how users in the real world behave?  Just don't show me this message ever!

Whenever you create a new workset in a workshared project, Revit will ask you if you want to make that new workset the current workset after you click OK.  As if you needed that 2 second time savings over the time you will spend putting stuff on to the correct workset after you realized there are dozens of elements on the wrong workset because the wrong workset was the active workset!

And another thing, the active workset indicator at the bottom of the program interface is way to subtle.  It needs to be much more obnoxious.  There should be a way to assign one workset as the main modeling workset for your project model, and if that workset is not the active workset, the indicator will appear as big bold and red, or something.  Is that something way beyond today's technology?

Stop making is so easy to put stuff on the wrong workset!

My Writing and More

Scott H MacKenzie
Started my AEC career in Atlanta, GA in 1988. I recently moved from Columbus, Ohio to New York City. I am a BIM Manager for Stantec Architecture in their Manhattan office

Other Blogs Worth Looking At...